THE WORLD AFTER PANDEMIC: Nation-State Against/Beside Globalization and Beyond

The Foreign Policy magazine published an analysis of “what the world would look like after the coronavirus pandemic” on March 20, 2020. The article, written to clarify the idea that the outbreak will cause permanent political and economic transformation, includes the views of twelve leading global thinkers.

In general, two different ways that the thinkers who contributed to the article “for the world after the coronavirus pandemic” are striking. The world will either be less free, less rich, where globalization will end, nation-state and nationalism will strengthen, or a more collaborative and free, libertarian place where “a new type of globalization, internationalism, interdependence” will prevail…

Stephen M. Walt says, for example, that the “pandemic will strengthen nation-state and nationalism”, “all governments will take urgent measures to combat the outbreak, and will be reluctant to release the additional strength that many will have because of the crisis when the crisis is over”. Moreover, stating that “Covid-19 will accelerate the shift of power and influence from the West to the East”. South Korea, Singapore and China (even if they have errors) are successful in fighting the pandemic, and the USA and Europe are late in taking measures. Walt has another important determination: “The fact that the confrontational nature of world politics will not change.” Walt emphasizes that “like other outbreaks in history, Covid-19 will not end the competition between the great powers and start a new era of global cooperation.” and besides,”Covid-19 will create a less free, less rich world,” says Walt.

Richard N. Haass also thinks that “the coronavirus crisis will turn countries into at least the next few years, and that countries will focus on what is within their borders rather than what is outside.” According to him, “The vulnerability felt in the supply chain will push the countries to be self-sufficient, the opposition to large-scale migration will increase, and the countries that will allocate their resources to eliminate the effects of the crisis within the country will be more reluctant to deal with regional and global problems (including climate change). ” Haass has another important prediction. “Many countries will have difficulty coping with the crisis, so the number of failed and weak states in the world will increase. The crisis will also contribute to the already existing tensions in US and Chinese relations and weaken European integration. ”

Shivshankar Menon, on the other hand, believes that “three issues stand out despite being in the early stage of the pandemic”. The global virus will change the politics within and between the countries, the interconnected world has not yet come to an end, and there are some reasons for hope and feel good. Menon states that “we are witnessing the return of governments in any case, experience does not show that countries ruled by authoritarian and populist leaders are better at dealing with the pandemic, and even countries that are more successful and earlier in the outbreak, as in the case of Korea and Taiwan, are not managed by populist and authoritarian leaders”. Menon also underlines that “although the global epidemic is in fact evidence of interdependence between countries, there is a search for an inward return and autonomy and control of their own destiny at all levels, so they are heading towards a poorer, smaller and more brutal world.” Finally, he states that “if the global pandemic causes us to realize that our multilateral cooperation in the global problems we face is our real interest, it will serve a good purpose”.

Robin Niblett states that “we are at the end of globalization as we know it”. According to him, “Covid-19 governments are forcing companies and societies to strengthen their capacity to cope with their long-lasting economic isolation. In this case, it does not seem possible for the world to return to the idea of ​​globalization based on mutual benefit defined at the beginning of the 21st century. ”

According to Shannon K.O’Neil, “Covid-19 sabotages the basic principles of global manufacturing.” “Companies will have to rethink and shrink the multi-step, multi-country supply chains that dominate production today. More companies will prefer to know where the supply comes from, to generate more demand and surplus, to efficiency. Governments will also be involved in the process to force a national reserve plan and reserve in the industry, as what it strategically sees. Profitability will decrease but supply stability will increase. ”

Laurie Garrett also says that “the coronavirus outbreak will lead not only to long-term economic effects but also to more radical change.” According to Garrett, the result could be a new dramatically different stage in global capitalism (such as bringing the supply chain closer to the country, creating surpluses for future problems, cutting recent profits but making the whole system more durable).

The thinkers who contributed to the article, Kishore Mahbubani, G. John Ikenberry, Joseph S. Nye, Kori Schake, John Allen and Nicolas Burns, on the other hand, mentioned on the second path mentioned above for “the world after the coronavirus pandemic”.

Considering the economic damage and social collapse caused by the pandemic, John Ikenberry also added that it would not be possible to make a foresight except strengthening nationalism in the short term, competition among the great powers, strategic separation, etc. But Ikenberry has one more expectation. “The possibility of some form of internationalization as a countercurrent, albeit slowly, as in the 1930s and 1940s”. “There might be a more nationalist response at first, but in the long term, democracies will come out of their shells and find a new type of utilitarian and protectionist internationalization,” Ikenberry said.

Joseph S. Nye states that “the USA needs a new strategy”. According to him, “Covid-19 reveals the inadequacy of the new national security strategy announced by US President Donald Trump in 2017, based on the competition among the great powers. Although the USA continues to exist as a great power, it cannot act on its own and maintain its security. In transboundary threats such as Covid-19, climate change, it is not enough to see the US ‘power over other countries’, it is necessary to grasp the importance of ‘power with other countries’ for success. Each country prioritizes its national interest, what matters is how it is defined in a broad and narrow sense. ”

Kori Schake also criticizes the US policy and states that “The USA can no longer be seen as an international leader and that the USA has not passed the leadership test in this crisis”. According to Schake, the problem is the US government’s definition of national interest.

John Allen states that “as always, history will be written by the“ winners ”of the Covid-19 crisis. “Inevitably, countries that resist the crisis better in the context of their specific political and economic system and public health will demand success against countries with different experiences and more devastating consequences. For some, this will mean a showcase of democracy, multilateralism, the great and decisive victory of universal healthcare, and for others the ‘benefits’ of determined, authoritarian governments. In any case, this crisis will change the power structure of the international system. “Covid-19 will suppress economic activity and increase tensions between countries,” he says.

According to Nicolas Burns, “The Covid-19 outbreak is the biggest global crisis of this century.” Burns underlines that “Every public health, financial and economic crisis caused by the outbreak can create a seismic shock that will eternally change the international system and power balance we know”. Unless the USA and China give up their mouthfight about who caused the crisis, they can lose their credibility unless they can fight the crisis more effectively, the member states can take back the powers they have delegated to Brussels if the EU does not provide targeted support to the member states. The ability of the federal government to take effective measures to get out of the crisis, which is critical for the USA. There is one more topic that Burns emphasized. “The power of the human spirit. Resistance, effectiveness and leadership shown by doctors, nurses, political leaders, ordinary citizens. Burns says this is a hope for the future.

If we summarize the situation in the light of the opinions of the “global thinkers” whose views are given above, these are shown clearly; how to define “the globalization and the nation-state”, the position of both of them in front of or next to each other, what the national interest requires, what the global interest requires. What is meant by a new globalization, what is meant when talking about the new requirements of the national interest, how the new idea of ​​global capitalism is filled, how to build new tools to cope with the confrontational nature of world politics, whether the new order will need a leader, if any country / countries that will take the lead,  the fate of existing global / regional organizations are not yet clear.

For now, there is almost one issue that is agreed upon: The pandemic will have significant political and economic implications for countries and the world, and will accelerate transformations.

Finally, it is also important to note that the USA’s “America First” policy has been criticized more on the occasion of the pandemic, and that it is underlined by the fact that the USA must be involved in the world. The message is clear: To shape the world you want to see after the coronavirus pandemic, we need to act today… Tomorrow may be too late… 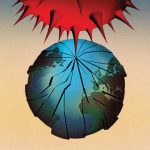 THE WORLD AFTER PANDEMIC: Nation-State Against/Beside Globalization and Beyond

The Foreign Policy magazine published an analysis of "what the world would look like after ...
Daha Fazlasını Oku 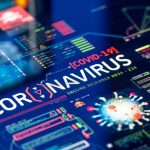 The global epidemic continues to shape the individual, national and international agenda and leads to ...
Daha Fazlasını Oku 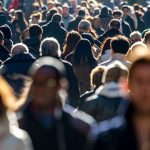 Humanity And Condition Of The World After Pandemic

The pandemic continues to affect the entire world. Moreover, it does not privilege any country, ...
Daha Fazlasını Oku 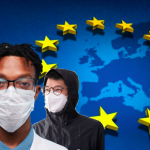 The coronavirus epidemic, which is globally effective, is responsible for many of us, our presence, ...
Daha Fazlasını Oku 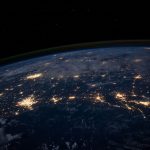 Globally, starting from the individual; we face an important threat affecting every actor and level ...
Daha Fazlasını Oku