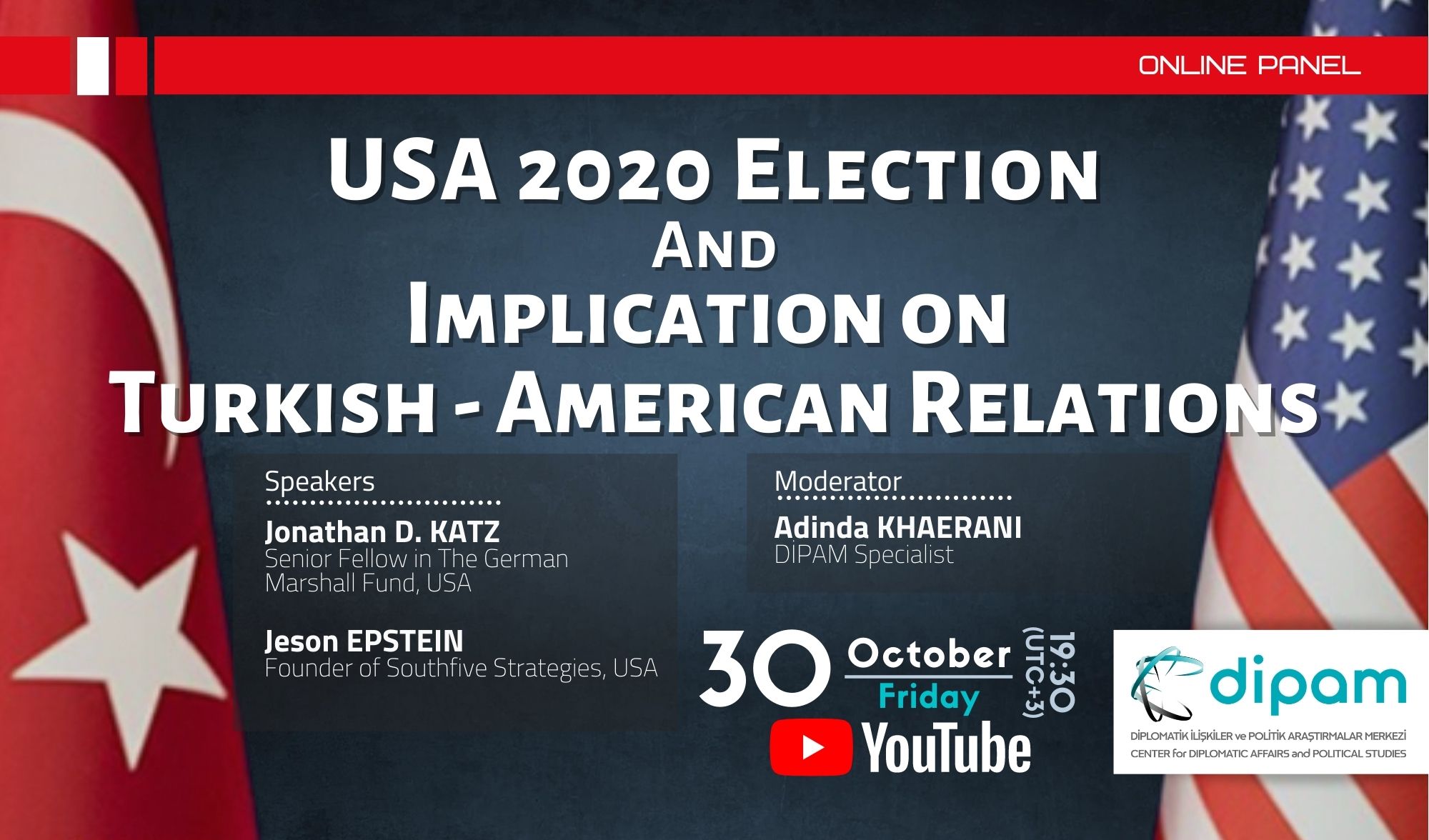 It is less than a week to the US Presidential election and some argue that this election is particularly important, as citizens are on balance seemingly more concerned about the fundamental direction of the United States, rather than taxes or social issues. The upcoming US Presidential election is also significant for US – Turkey ties. The relations between the two have been challenging, as we have seen the two have been at odds particularly over Turkey’s acquisition of the S-400 air defence system from Russia. There is also tension over Syria mainly focused on Kurdish-led militias that have partnered with the United States against the Islamic State over Ankara’s strong objections because these groups’ ties with terrorism. Despite the strained relations, during the outbreak of COVID – 19, both countries highlighted NATO solidarity as well as a strong transatlantic bond. Recent developments in Libya also suggest that both sides may be on the same page. Many would question what is next for the US foreign policy towards Turkey and what are the implications of the result of the upcoming US Presidential election on the US – Turkey ties.

Democrat and Republican approaches in bilateral relations will be discussed in the Panel under the moderation of DİPAM Specialist Adinda KHAERANI, with GMF Senior Fellow Jonathan D. KATZ and Southfive Strategies Founder Jason EPSTEIN as speakers.