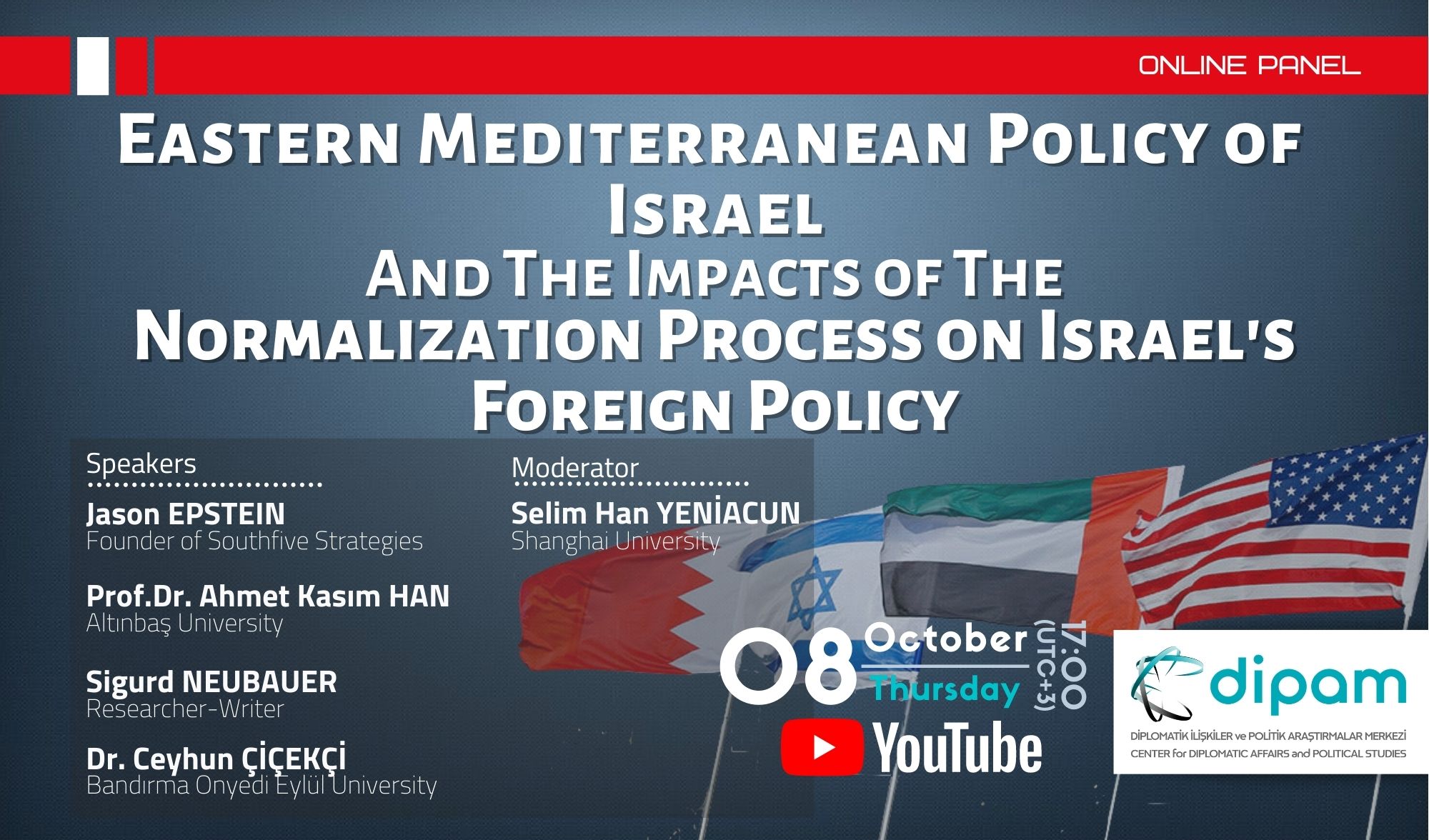 As it was in the past, Israel started to be more closely interested in the Eastern Mediterranean, especially with the drilling works in marine areas, which became more widespread at the beginning of the 21st century. Realizing the importance of the Eastern Mediterranean in terms of energy and transportation by the reason of geopolitical difficulties, Israel has given great importance to drilling activities in the region. As a result of these energy activities, Israel discovered fields rich in terms of gas. It is estimated that these fields contain approximately one trillion BCM (Billion cubic meters) of gas in total. The production efforts after the discoveries made a great contribution to the economy of Israel.

Israel signed an EEZ agreement with the Greek Cypriot Administration of Southern Cyprus (GCASC) in the Eastern Mediterranean, subsequently declared its Exclusive Economic Zone in 2011, and speed up exploration and production efforts with foreign energy companies. Thanks to these discoveries, Israel got rid of the position of the importer in terms of natural gas, became an exporter, and changed its internal energy policy. As part of the Eastmed Natural Gas Pipeline Project, which it plans to actualize for export within the framework of the Eastern Mediterranean policy, Israel is in cooperation with GCASC Greece and the EU. Also, taking part in the Eastern Mediterranean Gas Forum, Israel pursues regional and international partnerships in terms of energy and economy.

Israel is trying to open up a new radius of action in the Middle East as well as in the Eastern Mediterranean. The normalization process of Israel, lately which started with the UAE and then continued with Bahrain, was welcomed by Egypt, Jordan, and Oman in the region. This process has been criticized by Iran, Turkey, and Qatar. This process, which can be seen as the beginning of a significant change in the balance of power in the Middle East, is thought to will significantly affect Israel’s foreign policy, especially in the context of the region. This situation has brought the sharp changes in Israel’s foreign policy and possible cooperation with the Arab world into the agenda. The normalization movement conducted in the context of the principle of national and mutual interest offers both parties and other possible states opportunities for more trade and cooperation. This process that begins with the UAE has opened the door for other Arab countries to follow policies in the same way. In this process, in which the negative effects of Israel’s loneliness in the region on itself will be broken, its effect on its foreign policy will be inevitable.

The Online Panel, which is to be held with the participation of Researcher Selim Han YENİACUN from Shanghai University Global Governance Center, Jason EPSTEIN from Southfive Strategies LLC, Prof. Dr. Ahmet Kasım HAN from Altınbaş University, Researcher-Author Sigurd NEUBAUER, and Dr. Ceyhun ÇİÇEKÇİ from Bandırma Onyedi Eylül University, will take place on Thursday, October 8, 2020 at 17.00 GMT+3, in DİPAM YouTube Channel. The language of the event will be English and there will be no translation.