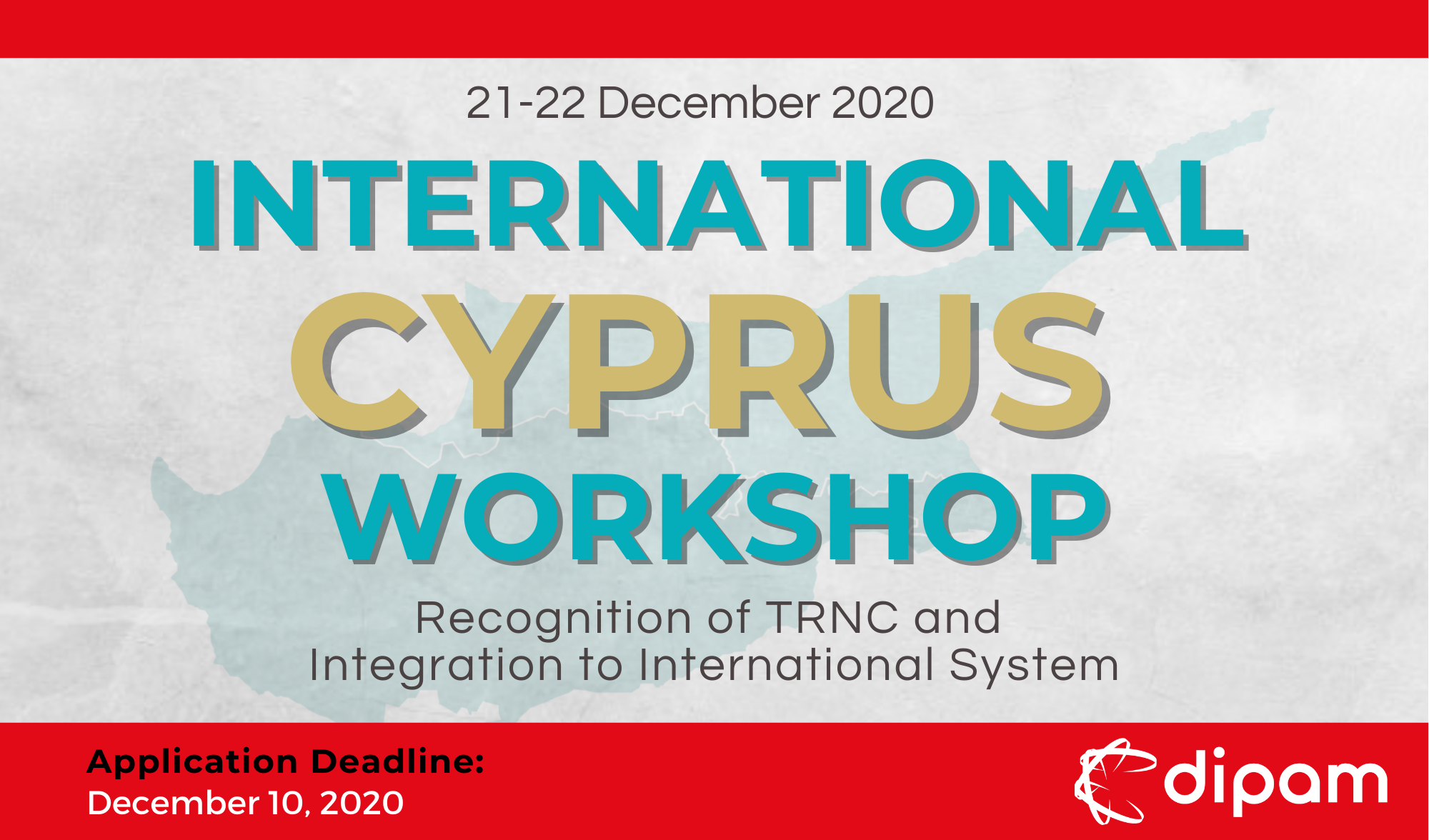 “Recognition of TRNC and Integration to International System“

After the end of British rule in the island, a new state shaped which includes Turkish and Greek population. Violence against Turkish population led to Turkish military intervention as a guarantor. After military intervention Turkish Cypriot Community has experimented with governance in various ways. With the failure of various trials in the Common Republic, they gained full independence in 1983 as the Turkish Republic of Northern Cyprus. This independence has not solved the problems and international pressure on the TRNC has increased. With the support of Turkey, TRNC taken serious steps for institutionalization and policy making towards both region and Turkish community. Besides, TRNC never stopped the negotiations for the solution of the Cyprus Problem. Although negotiations and agreements have been made for a solution at every opportunity, no positive result has been achieved so far.

UN Secretary General Perez de CUELLAR presented a “Draft Framework Agreement” to the parties in 1986. The then TRNC President Rauf DENKTAŞ responded positively to the agreement, which envisions the establishment of a federal state in Cyprus, but as soon as he declared that he was ready for the agreement, the Greek Leader Andros KIPRIANU left the table.

During the meetings held in New York in 1992, the UN Secretary General Butros GHALI stated “Idea Series”, which is based on a federal structure consisting of two states and contains 100 paragraphs, 91 articles were accepted by the Turkish side and other articles were open to negotiation. The Greek side did not accept that the Turkish Cypriots should have a separate structure even though it is a federated unit.

With the presentation of the “Comprehensive Solution to the Cyprus Problem” by UN Secretary General Kofi ANNAN in 2002, the establishment of the “United Cyprus Republic”, which is based on a two-sided partnership and where the parties will respect each other’s identities, integrity and mutual sovereignty, is envisaged.  In this respect, the Annan Plan has the feature that ensures the equality of the Turkish and Greek parties in terms of envisaging a federation consisting of two founding states. Despite the existence of articles such as land change and population movements in favor of the Greeks, the Turkish side said “yes” to the Annan Plan, which was put to the referendum in 2004, with 64,91 percent, but the plan was rejected by the Greeks with a 75,83 “no” vote.

In 2004, as an unforeseen event after Annan Plan vote South Cyprus became an EU member with name of “Republic of Cyprus”, in 2008 negotiations resumed between two sides. Even though hundreds of meetings were held, 150 of which were at the level of TRNC President Mehmet Ali TALAT and the leader of the Greek Cypriot Administration, Dimitris HRISTOFYAS, the process stopped with the initiatives of the Greek side to Declaration of the Exclusive Economic Zone in the Eastern Mediterranean.

In 2016, two rounds of 10-day negotiations in the town of Mont-Pelerin, Switzerland, failed due to the “extreme” demands of the Greek Cypriot side and the decision to commemorate the ENOSIS voting in 1950 in schools on the island. The Cyprus Conference, which convened first in Geneva and finally in Crans-Montana in 2017, did not help the parties to form a common ground.

While the federation-based solution proposals, which were also expressed in these meetings, did not bring solutions in favor of the Turkish Society and the TRNC during the negotiation process, the Greek side’s unwillingness for the process strengthened the opinion that a solution would not be realized in this way. In the research conducted by Gezici in January 2020, 81,3% of the Turkish Cypriots declared that they support a two-state solution, 10,2% declared that they wanted a federation with the Greeks and 8,5% a confederation.

In the TRNC Presidential election held in October 2020, the controversial issue among the candidates was the approach to which the solution would take place, and Ersin TATAR, who opposed the federation, won the election and became the 5th President of the TRNC.

The TRNC President plays a key role in his capacity as the chief negotiator for the solution of the situation in Cyprus, within the framework of his powers and responsibilities. The precise opinion of President TATAR on the subject facilitates the determination of the target for negotiation and solution.

As a guarantor state Turkey’s supports to TRNC as an independent state to take the necessary steps to preserve peace and tranquility on the island in level of Presidency show that in Cyprus issue gives the impression that a new era started in the process.

The Turkish Cypriot Community has been trying to survive in an order that has been suppressed economically, socially and politically with restrictions, especially since 1974. Attempts to limit Turkey’s international support as a guarantor state, makes negotiation and resolution difficult for TRNC.

As a result of the willingness of the Turkish Cypriot Community and with the determination of its administration for a solution, negotiation table established many times, but there is no compromise on a common ground with the Greek side. Because of this, it is essential to determine a national policy for the planning of the future of the Turkish State and Society established in Cyprus.

However, Turkey, which is one of the guarantors of TRNC and country which has the longest coastline in Eastern Mediterranean, has faced with some national security issues like non-recognition of its rights and legal violations in Eastern Mediterranean, and this national security problems make Turkish Cypriot Community and the TRNC more important for Turkey.

Therefore, recognition of the TRNC as an independent state should not be limited to Turkey, but also to recognize the Greek Cypriot Administration and the other guarantors of the island should be evaluated extensively. Multilateral evaluations to be made on international law, human rights and universal truths will have very positive reflections for the Turkish Cypriot Community to create a prosperous life and peaceful future.

First psychological and then political developments in the TRNC State and Society towards the recognition of its independence are expected developments in the near future. In this process, TRNC has steps to take alone besides that she has to cooperate with Turkey in some steps and include international community in some phases.

The basic political, economic and social issues of the TRNC should be addressed in this process and the roadmap of the new era should be determined. The subjects that should be discussed under the titles of Education, Tourism, Security, Energy, Economy will determine the areas where TRNC will show its presence in the island and in the international arena with the recognition of its status. These issues will constitute the framework of the contact with equal sovereign states and Turkish Cypriots standing on their own feet. However, it will create an opportunity for the Turkish Cypriots to evaluate the most speculated issues such as national identity, self, belonging together with their legal citizenship status under the title of “Identity and Citizenship”.

It is aimed to discuss the six topics determined on an academic basis.

Six sessions are planned, in which 7-10 participants each will take part in education, tourism, security, energy, economy and “identity and citizenship”. These sessions will be attended by experts (such as academician, diplomat, bureaucrat, businessman, journalist, retired soldier) from not only Turkey and TRNC, but also from different parts of the world. The sessions will consist of invited participants and people who have been accepted by DİPAM by requesting participation through relevant means. Audience from outside will not be accepted.

Workshop sessions will be held with the “Chatham House Rule” and in a hybrid format, and the opinions of the participants will be noted without giving their names. After the workshop, 6 reports prepared about relevant topics will be shared with the relevant authorities of Turkey and the TRNC, if deemed necessary and desired, it will be presented.

In addition to the invited participants, participant applications for the Workshop will also be accepted.

Those who want to participate in the workshop and contribute to the important issues for the present and future of the TRNC with their knowledge and ideas through speeches and / or presentations can participate by filling out the Application Form.

Applications will be evaluated by DİPAM and considering the limited number of participants for each session.