The Palestinian-Israeli conflict has undergone many breaking points in the historical process and almost every breaking point has ended in favor of Israel. Other Arab states in the region have been directly or indirectly involved in this conflict from the very first moment, and have demonstrated military, economic or diplomatic opposition to the State of Israel, established in the middle of the Arab states, and Israel’s expansionist policies. On the other hand,  reactions have been demonstrated also by the non-Arab states in the region such as Turkey and Iran. In these reactions, it is seen that different countries are effective from time to time, such as Turkey, Egypt, Saudi Arabia, Jordan and Iran.

The establishment of Israel in 1948 and its rapid expansion made the foreign policy approach of the Arab states in the region a security priority approach. Accordingly, conflicts occurred in many areas between the Arab states and Israel, especially in the military, economy and diplomacy areas, but none of them has stopped Israel’s growth. These states, which had to accept Israel’s existence over time, went on to protect their subjective and regional interests in different ways by establishing relations and making agreements with Israel in the process. Power balance changes in the region over time and global powers’ moves towards the region have become one of the most important determinants of the relations between Israel and other regional states. In this context, the approaches of some states to the Palestinian-Israeli issue have developed as more cyclical, some more distinctive, and others as neutral as possible.

The text of the agreement on the Palestinian-Israeli issue, announced by the US President Donald Trump with Israeli Prime Minister Benjamin Netanyahu recently, has been criticized by many states and non-state actors in the international area as a text reinforcing Israel’s sovereignty in the Palestinian region. While some of the regional states approached the developments positively, some responded with a reaction. Due to the explanations, it can be clearly seen that the issue is handled with geopolitical approaches rather than the Palestinian issue, and the reactions are shaped accordingly.

With regard to the indirect or direct support of the Arab agreement process, the change of power balances in the region and their reflection on regional relations; in other words, it appears as a cyclical approach. Increasing efficiencies of Turkey and Iran, which are non-Arab regional countries, has also caused quiet anxiety; among other regional states, the Gulf, which has close and organic relations with the USA. When the issue is taken in terms of the US effectiveness in the Gulf and its unilateral security dependency, a meaning can be attributed to the positive messages from the Gulf countries to the Palestinian process proposed by the USA.

Turkey’s recent activities in the region is increasing. Played a vital role in Syria with operations and serious responsibilities effectively in Syria, Turkey also played an active role by negotiating with Libya as well; thus, Turkey increased its domain in Mediterranean and Levant. This situation brings the energy security issue to the fore for the regional states and causes some hesitations. On the other hand, Iran’s tangible presence and dynamic hard power in the region have reinforced the perception of long-lasting threats for the Gulf countries in recent years. The hot tension that the USA and Iran recently experienced also posed a risk to the region in terms of stability. When approached from this perspective, the Palestinian process and the messages of support presented by the USA appear as a situation that all these hesitations are materialized. In this sense, for example, Egypt’s energy agreement move made with Israel in the Eastern Mediterranean which can be read as a move against Turkey and the supports of  Arab states in the Gulf of the USA’s Palestinian-Israeli agreement offer do not seem to be very different moves from each other. Both are moves that has been done as a reaction towards regional balance changes. 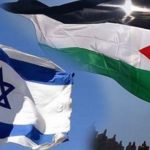