COVID-19, or coronavirus, which emerged in Wuhan, China at the end of December, has become a worldwide pandemic. As the spread is easy, the incubation period can last up to 14 days, and the symptoms resemble seasonal flu, the virus alarmed the world as a serious danger and pushed them to take various measures.

The virus that shook almost the whole world after China, has shifted its center over time from east to west; to Europe. The fact that the European Union could not take a joint decision and remain ineffective against the coronavirus, which surrounds the world and all European countries, and whose progress could not be stopped, revealed that the union was moving towards failure in this exam. On the other hand, the migrant crisis that occurred just before the pandemic progressed in a process that is not parallel to the values which the European Union was built on. The instinct of the nation-states to protect themselves, rather than the opinion of the union, was behind the cessation of migrants’ passing to Europe. In both cases, “European values”, which are claimed to be the main source of Europe in the process of unity and exported to the extent of their instrumentality, have literally faied. The union, which is envisaged to take the form of a single European state in the final stage of its progress, has succumbed to the nation-state, which was embraced by almost every crisis, by the migrant issue and then a natural pandemic. The borders were closed, solution suggestions and measures were divided into many different parts in a complete inconsistency. In such a situation, the “single Europe” ideal was mentally disrupted.

On the other hand, the concept of “globalization”, which is irresistable and defined as a “natural state” in a sense, has become questionable and at least reinterpretable with the global virus. Just like the local elements that existed in the decentralized Medieval Europe, all states started to move as far as possible from the center called globalization, at least in terms of measures and decisions, to become self-sufficient castles. With this isolation, the fact that economic relations, which are the cornerstone and the carrier of inter-state relations, also shrank, created a perception that would destroy the myth of “irresistibility” of the phenomenon of globalization. The fact that the international system fell into a sufficiently effective threat, revealed that the system was not so indestructible. When necessary, actors can stay outside the system; thus, again and again, it turned out that there was no system and actor above the nation-state.

As can be seen in the last century, the morale motivation provided by the nation-state to the society has resulted for nation-state to seen as a savior at every crisis. On the other hand, the nation-state’s establishment of a structure that paved the way for the usability of the authority as another benefit was effective in playing this role. With the decreasing functionality of the global economic cycle which is the most important carrier of the system, the society’s transfer of some of its other rights willingly -or in some cases desperately consentingly- to the state in order to guarantee priority security issues in times of crisis and the fact that nationalism begins to flourish in the society in almost every crisis, it can be seen that the nation-state is still the unique leading role in the system. With the state-based decisions taken in the emerging pandemic, it is been proven that the identities are still shaped by nationalism and therefore supranational structures are inadequate. Even though it is pushed out of the system, Iran and on the other hand, more seriously, Italy in the middle of Europe, which is the most important geographical heir of the Roman Empire; the motivation source of the “single Europe”, left to their fate. And these cases were justifying the international reactions of these states.

All these developments show that neither the EU integration nor the liberal global system has been able to cope with such a big crisis. This situation pushed states to embrace the nation-state structure even more tightly. So apparently, we will see the nation-state more strongly and effectively in the system in the upcoming period. As a matter of fact, still there is no power on earth to be compared to him. 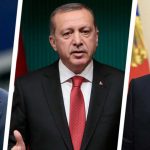 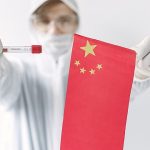