Collapse of Communism globally and fall of Soviet Union was one of the greatest geopolitical events of 20th century. It did not only gave the birth to single and sole global power but it also initiate a new struggle to dominate or influence the global political order by different emerging power. US only dominated global for 10 years but later China and Russia came forward to challenge US hegemony in different way and approaches. In the emergence of multipolar world Eurasia again become focal point of struggle.  New geostrategic setting also emerged in post-cold war scenario. Presented paper examines who set the geopolitical agenda and imagination at large level and how this situation is impacting Eurasian geopolitics.  Presented paper discussed how different approached including geopolitics, geo-economy and geo-cultural playing the role in shaping post-cold war Eurasia. Paper also discuss how all three big powers (US, China, and Russia) using different tolls to influence the Eurasian geopolitical space. 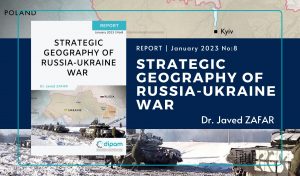 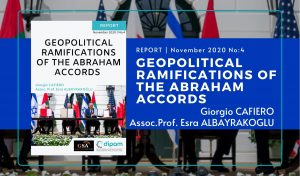 ABSTRACT The coronavirus crisis has adversely affected the state of health, economy, and relations between ...
Daha Fazlasını Oku

ABSTRACT Collapse of Communism globally and fall of Soviet Union was one of the greatest ...
Daha Fazlasını Oku