In the line of its history, Italy saw its former colony, Libya, in its sphere of impact. Libya’s situation is highly correlated with Italy’s interests and cannot be compared to any other European country, from dependence on Libyan hydrocarbons to immigration and terrorism. For this reason, Italy has been involved in the issue since the beginning of the conflict environment in Libya. In Tunisia, with Libyan special representative, Ghassan Salamé  Italian and Libyan officials came together, and then The Caliph Hafter was hosted in Rome. As Italy knew the internal political structure of Libya much better than other European countries, it included tribes due to its social structure and brought together the representatives of Awlad Suleiman, Tuareg, and Tebu in Rome to sign an agreement to encourage the economic and social development of the south of Libya. It is not difficult to explain the meaning that at the root of all this is the refugee issue, which is the most fundamental problem between Libya and Italy. In 2017, with an agreement signed with the Libyan National Consensus Government Prime Minister Fayez Al-Sarraj, Italy aimed to prevent the refugees from Libya. Within this framework, Italy, which provides support such as law enforcement agency training and development of civil society, as well as in-kind and cash aids, could not receive the support it wanted from the EU in this regard. Anew, it also contributed to Libya’s maritime security with the ship and equipment sent to Tripoli upon the request of the Sarraj Government. Rome, which is the administrative center of Operation Sophia, which the EU initiated to control the migration route in the Central Mediterranean, also became the center of Irini, which was fictionalized to control the arms embargo against Libya with the same power in line with UN resolutions. It became concrete after Malta’s withdrawal from the Operation that Operation Eirene was an initiative in favor of Haftar Forces beyond the implementation of the UN resolution. Italy is still in charge of the Operation.

The diplomatic achievements of Italy, when it presented the idea of ​​establishing the National consensus Government in 2015 and mediated it in 2016, was damaged later due to the negotiations with Caliph Haftar. Italy’s contact with Haftar, who is especially supported by France, pulled him to the same point with his rival in Europe; Moreover, it left its sphere of influence to France. France, on the other hand, tried to prolong the conflict process by trying the ways that could constitute a security problem for Italy in the name of its own interests and enabled more actors such as Russia, Egypt and the United Arab Emirates (UAE) to intervene in the region. In addition to all these, Haftar’s failure caused Italy to not solve the basic security problems we mentioned earlier.

Turkey demonstrated by various ways to how prevent the deals and attempts which are not contain Turkey as a party. Immediately afterwards, Italian company that undertook the construction of the Blue Stream pipeline and also considered as a preferred for some other projects in Turkey, ENI’s cessation of the activities and withdrawal from the Eastern Mediterranean is an important step in this context. However, with the exclusive economic zone (EEZ) agreement signed by Italy with Greece on June 9, Italy, which wanted to appear effective and neutral, could not go beyond supporting Greece’s policies in the Eastern Mediterranean. Likewise, Greece later showed the agreement it made with Italy as the legal precedent to the agreement it made with Egypt.

The Greek Cypriot Administration of Southern Cyprus (GCASC) acts with the idea that the activity of different countries in the region will serve its political goals. Within this scope, it wants to keep Italy and France active in the region; but with France increasingly involved in matters, Italy seems to have take steps backward. So what’s on the basis of this Italian-French conflict in the Mediterranean?

Despite all the political and intellectual differences between them, it can be thinkable that France and Italy are the two Mediterranean powers of Europe and they take the brunt the regional problems together. However, the role of France play in the process of Italy’s intellectual separation from the EU, and especially the unilateral decisions and implementations of the President Emmanuel Macron administration in foreign policy are important factors that bring these two countries to face to face. Jammed between Italy and Spain in the Mediterranean, France, with a new vision of security and foreign policy, to separate the security of Europe from NATO and to put them into a European-centered corporate roof that it will lead, especially in its former colonies, but generally in the Levant and Africa. We can see that he is taking steps towards taking an effective and playmaking position. It is seen that France, under the leadership of former President Nicolas Sarkozy, who was the driving force in the overthrow of Muammar Gaddafi in Libya in the Italian sphere of influence, competed with Italy during the reconstruction process of the country.

It seems, With the open support of France to Haftar forces in Libya, the existence of Egypt, UAE and foreign military forces on the lands of the country with some terrorist groups, on the other hand, Russia’s more make one’s presence felt in the region with the continuation of the conflict, are important security problems for Italy. Italy, which has been struggling with the immigration crisis arising from the instability in Libya for a long time, has not been able to cooperate with France even that on this issue but is disturbed by the developments that cause new waves of immigration.

This environment of conflict paved the way for hundreds of thousands of irregular migrants to cross from the Central Mediterranean to Italy between 2011 and 2017.Besides, both opening up space for terrorist organizations and Russia’s presence in the region with its air defense systems and military companies pose a security risk for Italy, one of the countries geographically closest to Libya. In addition to these, France’s interest in Libya’s energy resources is known and it is be thought that it has followed a policy of having resources while supporting Haftar. Considering Italy’s place in Libya’s oil and gas trade, the parties have interests that cannot be ignored in this dispute. France’s policies, which immobilized the EU on the conflict environment in Libya, cause Italy to react to both France and the union. Italy’s losing its seat to France in the region due to its refusal to support the Greek thesis in the disputed regions, despite being among the founders of the Eastern Mediterranean Gas Forum, is another development affecting bilateral relations. In this context, it is explicit that the tension between the two countries for a long time is reflected in the Mediterranean.

By force of its location, political tradition and social structure, Italy is a country that does not always comply with the politics of the EU which is Italy is in and acts with its own dynamics. As a result of being one of the countries most affected by the financial crisis in Europe in 2009, the common EU values ​​were eroded in the minds of Italians. This distinction has become more concrete with the crises based on adaptation, support, cooperation, and assistance after the new type of coronavirus (Covid-19). İt seems, Although the EU, which separate especially in its refugee policies, tries to eliminate the ailment caused in this country by its policies that do not undertake the crises in Italy with afterward economic support plans, it is seen that the understanding of the unique economy, foreign policy, and security understanding is not understood and not accepted by Italy.

When we look at the presence and relations in the Mediterranean, Turkey, and Italy, two countries historically emerge as a Mediterranean power. For decades they have been cooperating in NATO’s southern flank; They have a balanced dual trade worth about $ 20 billion. Moreover, because of many investment and economic cooperation, Italy is a country that has importance for Turkey’s economic interests in Europe. The positive progress experienced in recent years in dual relations, as well as political and economic developments between Turkey and Italy, shows itself in the relations with the EU and the developments of the Mediterranean. Turkey and Italy are that they provide one of the main objectives of cooperation in this context in Libya. It is explicit that this is to prevent the flow of refugees from Africa to Europe via the Italian peninsula. For example, in the recent period, many naval exercises conducted by Turkish and Italian navies within under NATO or bilaterally in the Mediterranean, including Libyan waters, exactly have been carried out in the light of this need. The support that Turkey has promised to relate for irregular migration to Malta and Italy, which are the maritime border neighbours of Libya, is pretty valuable in consequence of it has the capacity to have the highest number of refugee populations. In addition, the positive progress of relations between Rome and Ankara has been come true parallel to the attempt of France to make its presence in the Eastern Mediterranean more visible, especially through Cyprus. First of all, Italy and Turkey are foregrounding as important states in both historic and geographically eastern Mediterranean. That is beside the point the case for France. In the case finding of natural gas and oil in the Black Sea and the Mediterranean, partnerships with Italy for extracted and transfer of these resources will change the conditions in the region considerably.

In this context, Italy can play one of the key roles in Mediterranean security with its calm and chary power. The change and expansion in the mobility of Italy, which is swiftly skidded away from the European idea, will noticeably affect its sphere of influence. The rational cooperation between turkey and Italy will be needed for the strategic order in North Africa and the Mediterranean.

This article has been published in Turkish at Anadolu Agency on August 27, 2020.
https://www.aa.com.tr/tr/analiz/akdeniz-guvenliginde-italyan-etkisi/1954664

United States of America forgot that American interests have been on actually in the continuity ...
Daha Fazlasını Oku 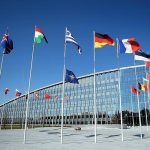 NATO 2030 Projection and the Imbalance of Asia-Europe

Italy maintains its place as the calm power in the Mediterranean with its being one ...
Daha Fazlasını Oku

Italy and France, the two great powers of Europe: the founders of the EU, the ...
Daha Fazlasını Oku