It has started to seriously enter epidemic debates in Africa with the first coronavirus incident occurring in Egypt in mid-February. The World Health Organization has already a global health emergency alert related to coronavirus. There is now a new predicament for African governments that have had close ties with China for many years: how will relations with China keep going?

As it is known, the first important developments related to Chinese-African relations are encountered in the Cold War period. Acting with political motives in the context of the Cold War, China presented itself to African countries as an alternative to US imperialism and Soviet revisionism through the Bandung Conference and the Non-Aligned Movement and led the leadership of Third World Countries. The subtext of friendship and fraternity was at the forefront and the ‘potential’ of both China and Africa in terms of population and resources were emphasized by China in the discursive context. With the decrease in tensions between Washington and Moscow after 1980, China moved from political motives to economic motives. China, which received strong reactions from the Western world especially after the 1989 Tiannamen Events, focused more on the Third World, especially its relations in Africa, than its relations there. African countries welcomed China’s proposal for an economic-based, South-South coalition rather than the imperialist impositions such as democracy, human rights and development. Because instead of the paternalistic relations that have been going on with the West for centuries, China’s call for brotherhood is begun to be pleasing to the ears. In this context, while Africa favors China’s leadership and spokesperson, its economic aid, China sees as an opportunity Africa’s resources and population to feed its economy and  the majority of African countries to guide world public opinion. After all, although China’s economic activities in Africa may be seen and criticized as a neo-imperial order, we can say that China has a very positive retreat in terms of African governments and elites.

SARS, which started in Hong Kong between November 2002 and July 2003, became an outbreak spread almost worldwide. After this outbreak, there were 8422 cases and 916 deaths worldwide. The coronavirus has outpaced the SARS virus in terms of mortality in two months, causing fear and panic in addition to its similarity with SARS. this epidemic in China, which is the biggest partner of Africa, has the potential to directly affect Africa in this context. So how?

Firstly, there is the risk of the epidemic being transported to Africa via direct connection points. Transportation between China and Africa has improved a lot in recent years. For China, which has increased its transportation and infrastructure investments in Africa after Belt and Road, Africa is also a tourism and employment destination. Ethiopian Airways and Air Algerie still continue their flights without disruption, although six of the eight major airline companies that fly direct from Africa to China suspended their flights due to coronavirus. We can say that Africa, which is already experiencing fear with the Ebola epidemic, is very nervous about a second epidemic.

Secondly, economic relations could be affected. It is thought that China may display an overall economic shrinkage trend after coronavirus and this shrinkage may also affect other countries that has trade ties with China. The reason for this shrinkage prediction is that in many regions where the virus spreads, it is still not possible to work at factories and these delays have the potential to cause disruptions in the supply chain in the long run. Especially, the global decrease in copper and oil prices enables us to understand the reason of fears. China’s demand for raw materials from sources-dependent countries in general may drop, causing economic shrinkage in these countries. Also the decrease in demand for agricultural products such as tea, cocoa, rose, etc. may affect many countries such as Kenya, Ethiopia, Ivory, Ghana and Rwanda. Finally, the economies of the countries where Africa purchases oil and copper will also be in question.

At the end of the day, there is the motivation for African governments and elites to do their best to prevent the breaking relations due to outbreak. Post-epidemic China is expected to take stimulating economic initiatives for normalization. Some African countries such as Equatorial Guinea do not lag behind various donations to sister state, China. We can say that the increase in transportation facilities and the unpredictability of the spread of coronavirus and the still poor local health facilities in Africa are sources of uncertainty about the future of relations. However, for the moment, the situation of cutting like a knife and a pessimistic future is not observed.

Ian Taylor. “China’s Foreign Policy towards Africa in The 1990s,” Journal of Modern 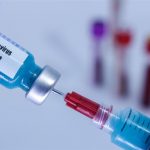 It has started to seriously enter epidemic debates in Africa with the first coronavirus incident ...
Daha Fazlasını Oku