Attendance in ``Kazakhstan in the New Era: Meeting of Friends of Kazakhstan`` Meeting

At the meeting, the Consul General and the participants discussed the latest developments in Kazakhstan, Türkiye-Kazakhstan relations, the situation in Central Asia, the perspective of the two countries on global issues, and shared predictions and suggestions for the future.

Dr. Tolga SAKMAN drew attention to the issues that should be considered as well as the importance of Kazakhstan within the scope of China’s Belt and Road Project. He evaluated the effects of this project on the economic relations between Kazakhstan and Türkiye. Talking about the education and public diplomacy activities that will bring the two countries closer culturally, Sakman gave examples of the bilateral and multilateral impact of the political and economic situation of Central Asia. On what Consul General Bayel told, he conveyed the hope that the latest situation in Kazakhstan provides for development and progress.

Assoc.Prof. Esra ALBAYRAKOĞLU drew attention to Kazakhstan’s relations with the Gulf countries in particular. She evaluated the new possibilities in these relations, which were affected by the increasing energy need and the global economic contraction, and talked about the possible reflections of these relations in other areas. 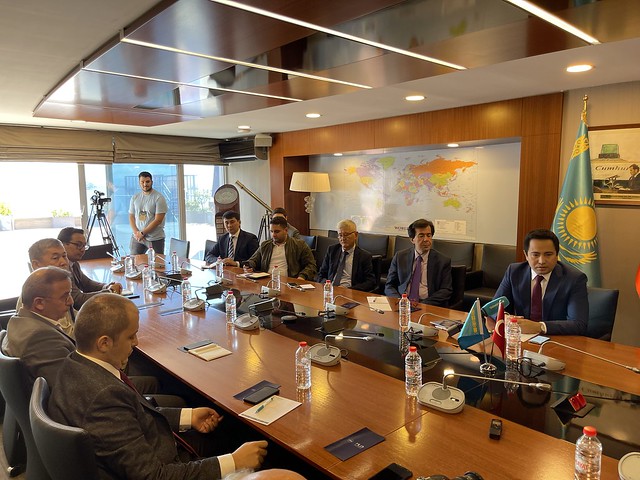