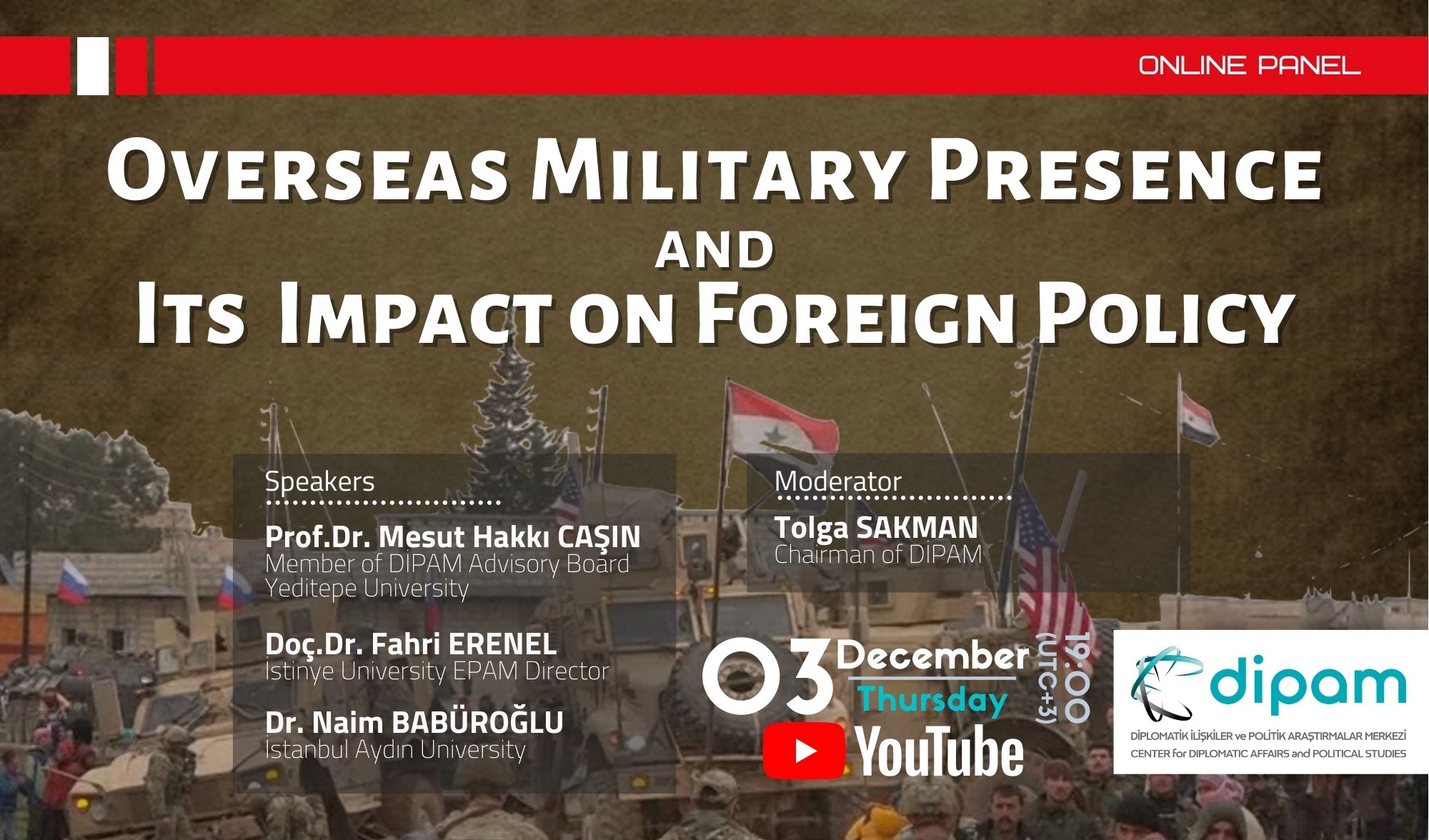 States’ military assets abroad have been an important strategic tool for the protection of their interests abroad, by setting up bases or holding forces. Military forces while demonstrating the determination of countries to defend themselves, their allies and friendly interests, they also demonstrate their ability to rapidly concentrate and direct (deploy) their combat power in times of crisis. At the same time, these military presences are an important aspect of states’ diplomacy and national security strategy.

Until the Second World War, the great states mainly used their overseas military assets as a means to protect their economic interests and foreign trade, fulfill their colonial obligations, and prevent hostilities from reaching their territories or geographies of influence. After the Second World War, such military assets owned by the Transatlantic Alliance were used to control the Warsaw pact countries and to prevent the spread of communism, due to the advantage and priority it gained.

When we come to the 21st century, it is seen that all nations that have military presence abroad find a room for action under the phenomenon of globalization with the aim of promoting international peace and stability and destroying enemies. However, as new international threats were encountered and new vital interests were identified, the need for these assets began to be questioned. This forward deployed military stance has been criticized for entailing significant costs and disadvantages and exposing nations to vulnerabilities and undesirable consequences.

The United States, which is a prominent military asset holder overseas, seeks to steer the global security phenomenon in its favor, with nearly 800 military bases in more than 70 countries around the world. Britain, France, Russia and Turkey is among the leading countries that have a military presence outside its territory. It is also known that countries move forces to another country by direct invitation / bilateral agreements or national decision to intervene in the country / region, as well as establishing a base, as well as holding forces to ensure or establish peace in conflict or risky countries / regions due to the responsibilities of their membership in supranational organizations such as NATO and the UN.

It is a fact that all this military activity is a requirement of state policy. These types of operations, which are foreseen to be carried out for peace and stability on the basis of the binding nature of international law, have a mutual interaction with the foreign policies of the states. The foreign military presence as a foreign policy tool can be effective in bilateral and multilateral relations, international positioning and even bilateral relations with other states.

For this reason, the theoretical framework of the subject, supported by concrete data and events, will be discussed in the ” Overseas Military Presence and Its Impact on Foreign Policy” Online Panel, and the current situation and future of foreign military assets will be examined.